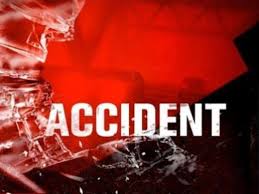 Dickenson County Virginia Sheriff Jeremy Fleming says a Richlands man died Thursday morning during a logging accident near The Lake Road. Sheriff Fleming says a call to 911 indicated a man had been pinned by a log. Fleming was the first on the scene, and discovered the body of 64 year old Jerry Russel Coleman pinned under a log. The cause of the accident was not released.