One Injured In Two Vehicle Crash, On Highway 11 W In Hawkins County 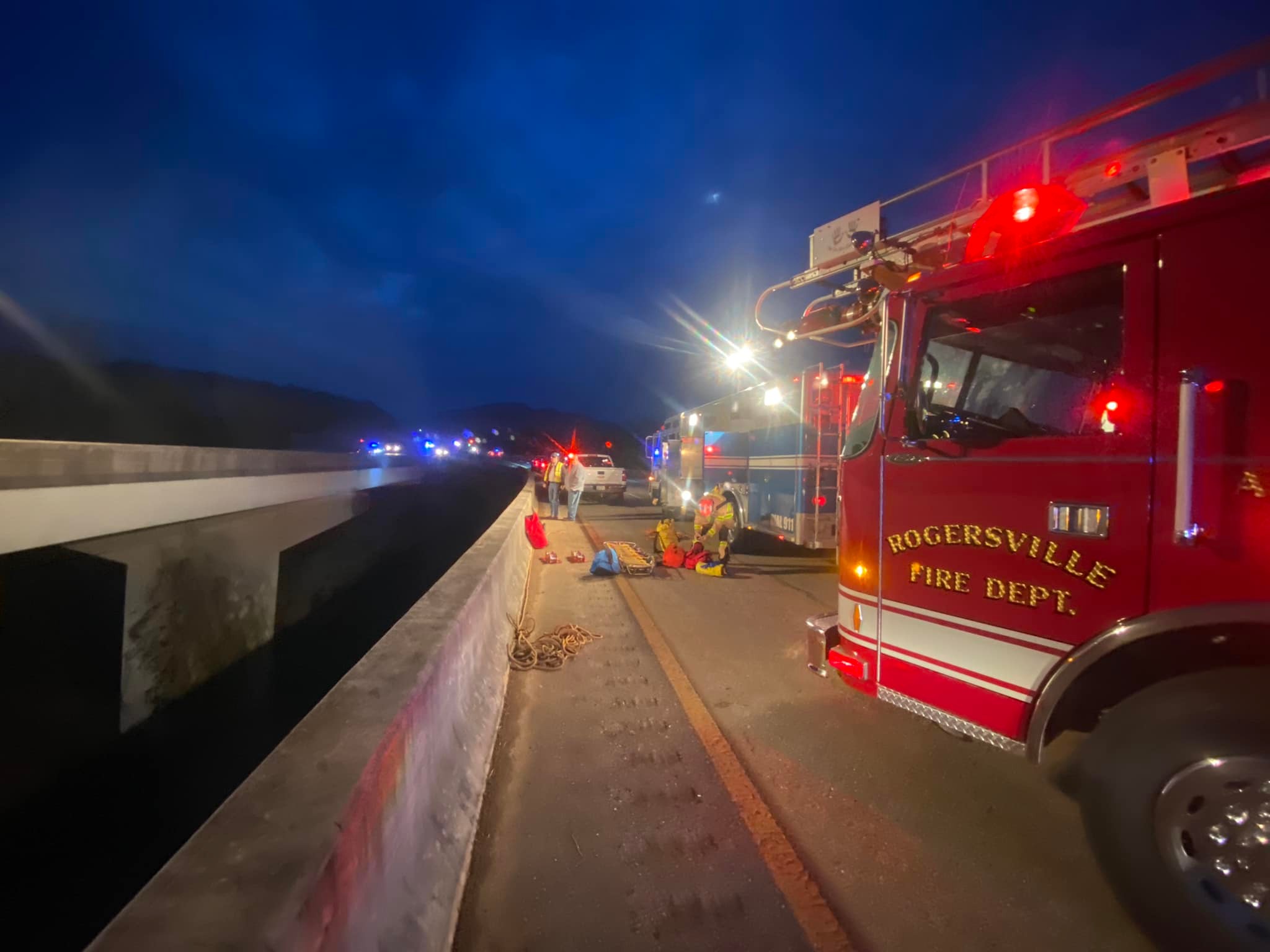 One person was extricated from a vehicle and hospitalized after an early Tuesday morning crash near Clouds Creek Bridge. The Tennessee Highway Patrol says the crash occurred around six thirty Tuesday morning that resulted in the closure of all lanes in the area while rescue personnel removed the victim from the vehicle. A 2019 Dodge Ram 1500 traveling north on 11W ran off the roadway into the median, hitting a guard rail of the bridge. The truck came to an uncontrolled rest in Stock Creek near Bay Side Drive. That driver was injured. Another Vehicle, a 2007 Jeep Grand Cherokee hit debris and spun out coming to a rest in the median. The driver was not injured. No charges are pending.