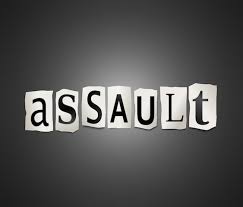 A Johnson City man is jailed and will be arraigned Wednesday on felony Aggravated Assault charges after allegedly pulling a gun on a individual during an altercation. Police tell us they responded to an altercation at West Pine Street and Southwest Avenue involving two individuals. After an lengthy investigation, officers arrested Jacob Plummer of Johnson City for displaying the gun at the reporting reporting party. Plummber was being held on ten thousand dollars bond in the Washington County Tennessee Detention Center.