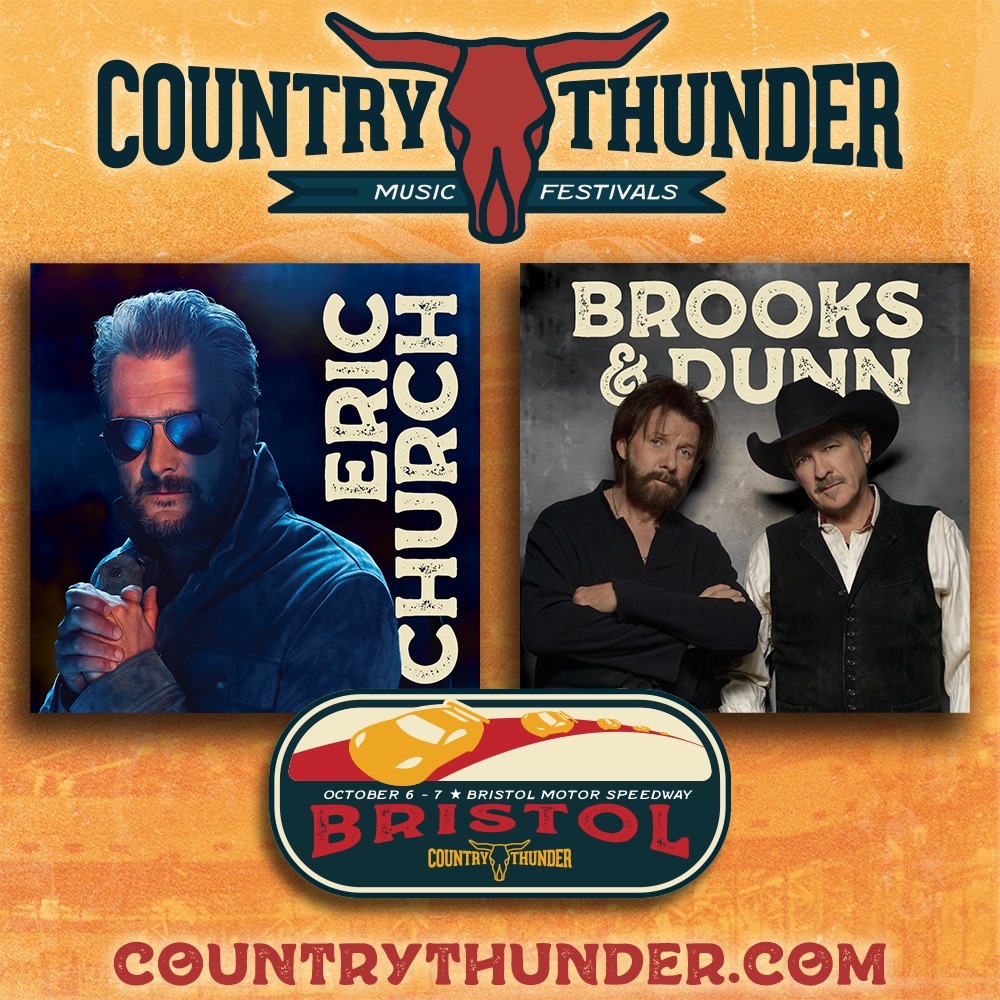 The lineup for next year’s Country Thunder music festival at Bristol Motor Speedway was announced on Tuesday. Officials say headlining next October is Eric Church and Brooks & Dunn. The announcement comes just a month after this year’s event at BMS, attended by nearly 30,000 people.

Country Thunder officials say Eric Church is one of the most requested artists by fans in our region, and they’re thrilled to make it happen. They go on to say more major announcements will happen in the coming weeks and months.