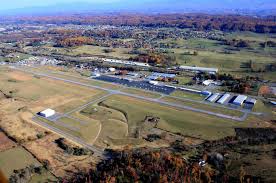 Five Southwest Virginia airports are receiving nearly 4 million dollars to upgrade their facilities according to Senator Mark Warner. Virginia Highlands Airport is receiving the largest chunk of 15 billion dollars in Federal Infrastructure Investment and Jobs Act funds. The airport will use nearly one and a half million dollars for its upgrades. Mountain Empire, Lee County, Tazewell County, and Lonesome Pine Airports also received up to790 thousand dollars each. The airports will receive the money over the next five years as a result of the recently passed bipartisan infrastructure deal signed into law last week.