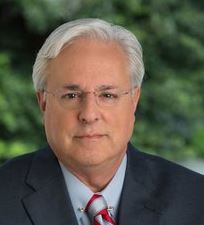 Marc Bernier, a former talk show personality on SuperTalk 929 and a veteran of radio and television, died Saturday at the age of 65 according to his home station WNDB and Southern Stone Communications.

Bernier had 46 years in the communication and journalism industry. The Miami Herald reported that Bernier was hospitalized earlier this month and was diagnosed with COVID-19 on Aug. 7.

His career on SuperTalk included a midday show that aired for nine years beginning in October of 1999.

It’s with great sadness that WNDB and Southern Stone Communications announce the passing of Marc Bernier, who informed and entertained listeners on WNDB for over 30 years. We kindly ask that privacy is given to Marc’s family during this time of grief. pic.twitter.com/vXQIAtVN9e