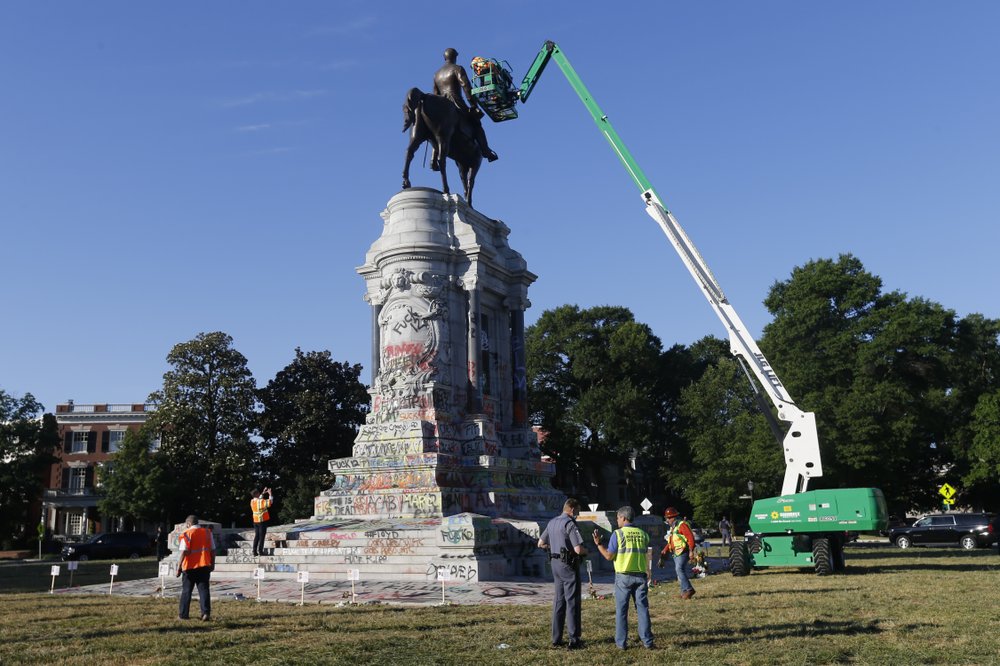 Historians in Richmond Virginia will reveal the contents of a time capsule discovered in the pedestal of the recently removed Robert E. Lee Monument in the Capital City. The 1887 time capsule was discovered last week while crews were removing the remaining pedestal to the Lee Monument. Records suggest 37 Richmonders, organiziations, and businesses contributed about sixty objects to the time capsule, many of which are believed to be connected to the Confederacy. A historic preservation team removed the capsule Tuesday at the Department of Historic Resources lab in Richmond.