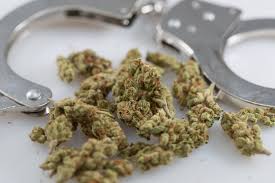 A Johnson City man is behind bars after a police K9 unit sniffs out narcotics and a weapon inside the vehicle following a routine traffic stop. Jecory Williams is now charged with Manufacturing, delivery and sell of controlled substances, and possession of a weapon. Around one o’clock Sunday morning police pulled over Williams in the area of Browns Mill Road and North Roan Street. Following the alert by the K9 unit police discovered a backpack that contained what appeared to be a felony amount of pot along with a substance consistent with methamphetamine. Williams was scheduled for court on Monday in Washington County Tennessee General Sessions Court.