The city purchased the building for $2.8 million to support operational effectiveness, and to better serve Kingsport residents. Additionally, the city says this move has provided more secure courtrooms. This move helps the city and residents by consolidating many city offices that were once housed separately into one convenient building. 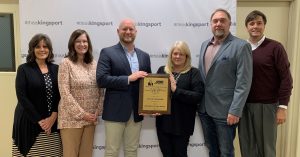