Man Threatens Homeowner, After Being Interrupted During Burglary Attempt 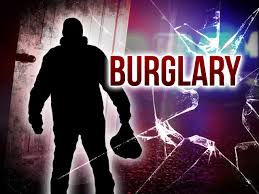 A Johnson City man was scheduled for arraignment Friday after being arrested for threatening a property owner with a knife, when he was caught burglarizing the victim’s property. 36 year old James Edward Herrmann was surprised by the homeowner when he was found in an outbuilding attempting to burglarized more than one thousand dollars worth of property, before he threatened the homeowner with the knife which was later retrieved. Herrmann is charged with burglary, aggravated assault and theft of property.