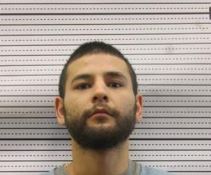 A grand jury has indicted a Johnson City, Tennessee man on a murder charge related to the death of a 20-year-old woman in March.

Billy Joe Anderson, 33, is charged with second-degree murder, tampering with evidence, and two weapon charges. He was served with those warrants while inside the Washington County Detention Center on unrelated charges.

The case involves the murder of Brionah Tester who was found dead at a residence on McCall Circle.