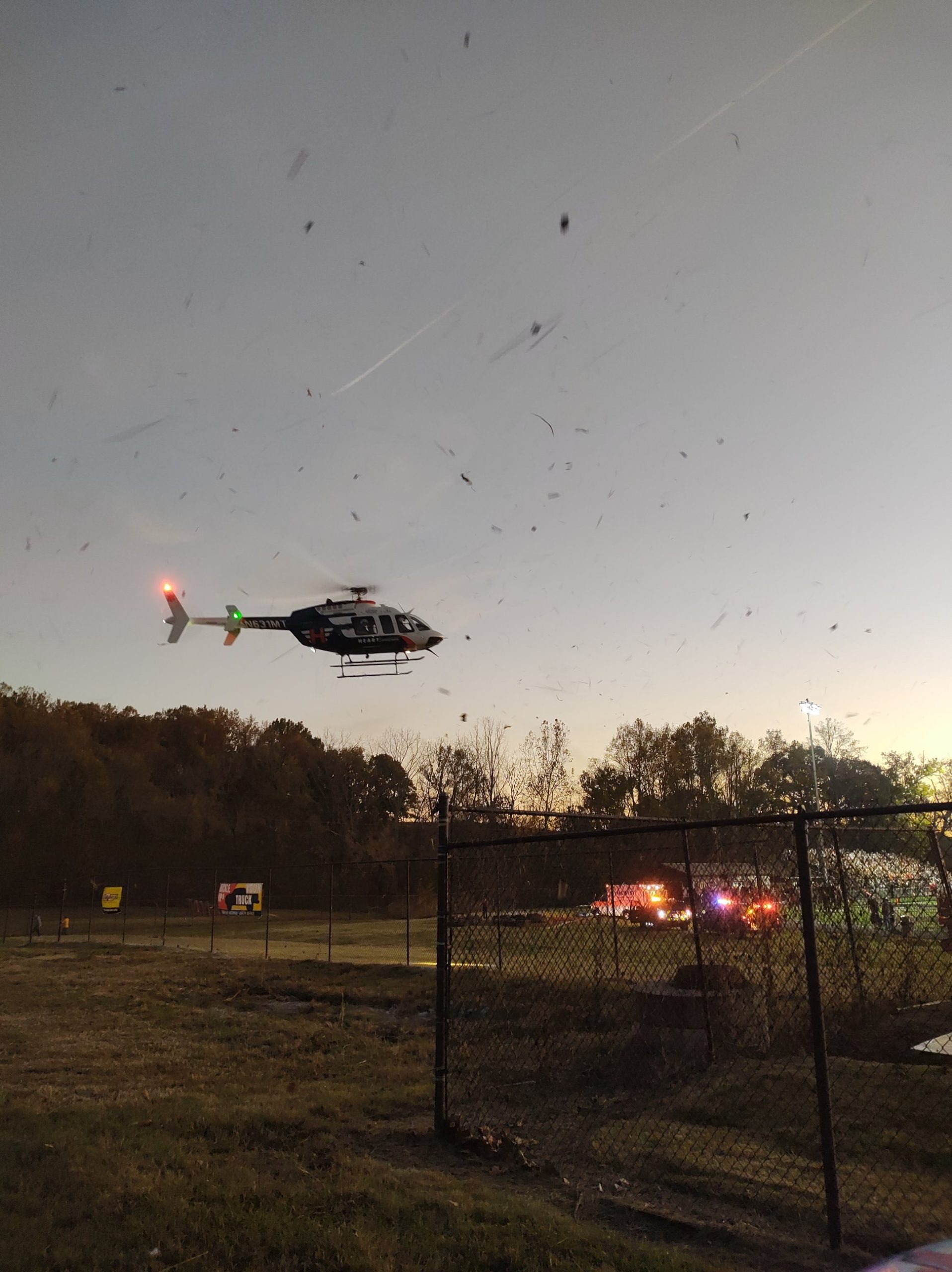 A parachutist is injured after crashing during pregame activities at Friday night’s Musket Bowl between David Crockett and Daniel Boone High School. The parachutist’s injuries are not known, but a medflight helicopter flew the skydiver to JCMC for treatment. The injured parachutist was part of a professional company that was performing before the annual bowl game that was delayed, but eventually was won by Daniel Boone 35-7.