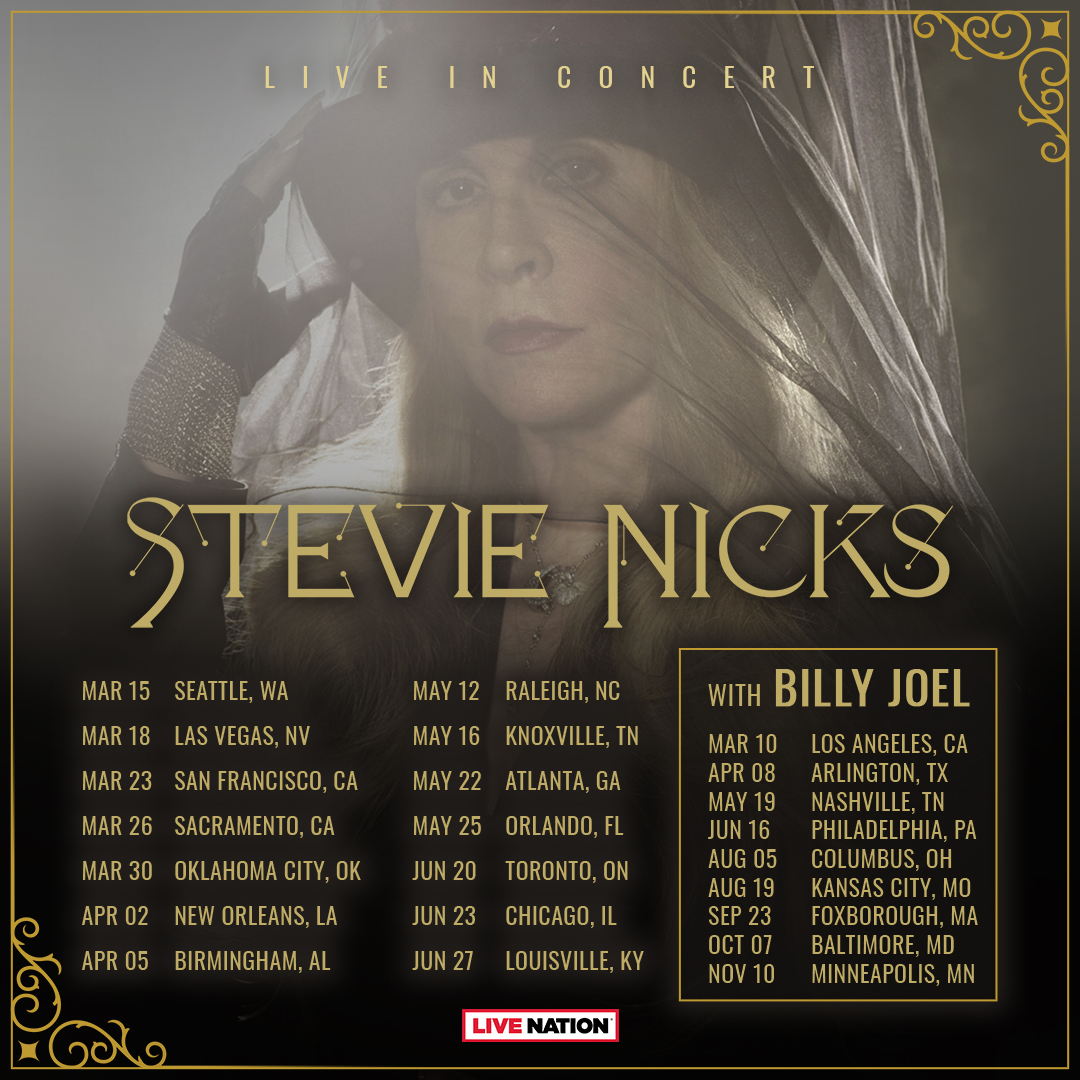 Stevie Nicks announced an upcoming tour, with a stop at Thompson-Boling Arena in Knoxville. A social media post by Nicks says her tour will roll into East Tennessee on May 16th. A stop three days later happens in Nashville at Nissan Stadium with Billy Joel.

Tickets to the tour go on pre-sale this Thursday and open to the public on Friday on StevieNicksofficial.com.