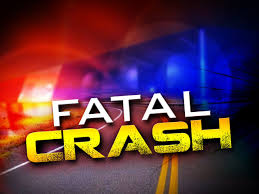 It was a deadly weekend on our region’s roadways as three individuals lost their lives in three seperate traffic accidents in northeast Tennessee and southwest Virginia. Sullivan County Sheriff’s officials report a Bluff City woman was killed over the weekend in a two vehicle crash. 35 year old Sierra McGrady was traveling west on Chinquapin Grove Road when the 2001 Ford Mustang she was driving left the roadway in the 1300 block of Chinquapin Road, the traveled back onto the road and struck a 2006 Cheverolet Van head on. McGrady suffered fatal injuries in the crash. The driver of the van was transported to a local hospital with injuries. Sullivan County’s Fatal Incident Reconstruction and Support Team continues to investigate the crash.