This increased enforcement begins at 6 PM on Friday, New Year’s Eve, and ends on Sunday, January 2nd at 11:59 PM. All 95 counties in Tennessee are participating in this campaign to ensure safe holiday travel, and to prevent impaired driving. THP has a tip line, as well, where drivers can report any dangerous drivers they see this weekend; people can dial *THP on their mobile devices. 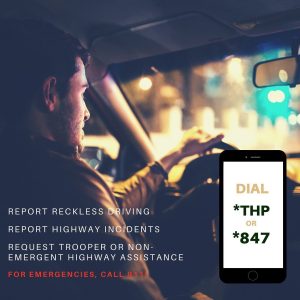