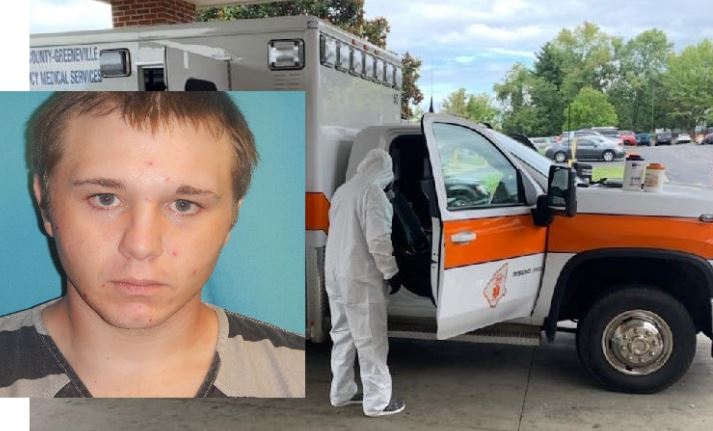 A Greene County, Tennessee man is charged with two counts of felony reckless endangerment after an EMS employee and sheriff’s deputy were exposed to a deadly drug cocktail.

A report from Sheriff Wesley Holt’s office said first responders were called to the home of Tommy Dale Starnes, 26, who had reportedly taken a mixture of heroin and fentanyl.

The ambulance driver was showing OD symptoms and pulled over. The deputy who then drove the patients to the hospital also began exhibiting signs of an overdose. Those workers were treated and later released.

Holt also donned a hazmat suit to safely gather the substances located in the deputy’s car that will be sent to the TBI for lab testing.