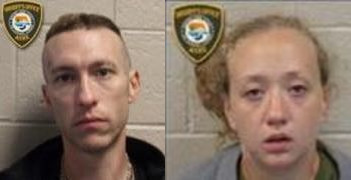 Two Johnson County, Tennessee residents are jailed after officers in neighboring Ashe County, North Carolina engaged in a high-speed chase with the pair who were aboard a motorcycle.

The pursuit lasted for over an hour and the report said the two were captured in the Ore Knob area after they were cut off by patrol cruisers.