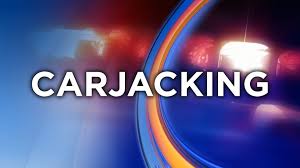 An attempted carjacker had the tables turned on her and now a Maryland woman is jailed on a half dozen different charges including Attempted Carjacking and Brandishing a Firearm. Yolanda Nicole Jackman pulled a gun on a customer getting gas at an Abingdon gas station and demanded the victim’s vehicle. However, in defense, the male victim managed to take the firearm away from Jackman. As police arrived on the scene, the victim was found holding Jackman on the ground where she was arrested.