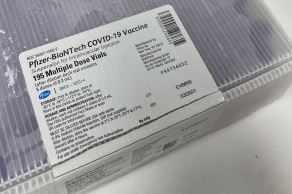 Virginia’s Vaccination Coordinator says the science is clear, Pfizer’s newly granted full licensure vaccine is a safe and effective vaccine that is highly effective in preventing serious illness that could result in hospitalization or death. Dr. Danny Avula says nearly five and a half million Pfizer doses have been administered in southwest Virginia and the rest of the Commonwealth since the vaccine campaign began in late December of 2020. Pfizer received the full approval on Monday after rigorous review and study by both scientists and researchers at the FDA.